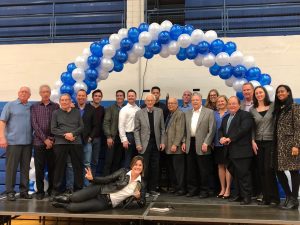 Ten former Bexley Athletes were inducted in to the Hall of Fame on Saturday, November 2nd.

Congrats to all of the new inductee! GO LIONS!