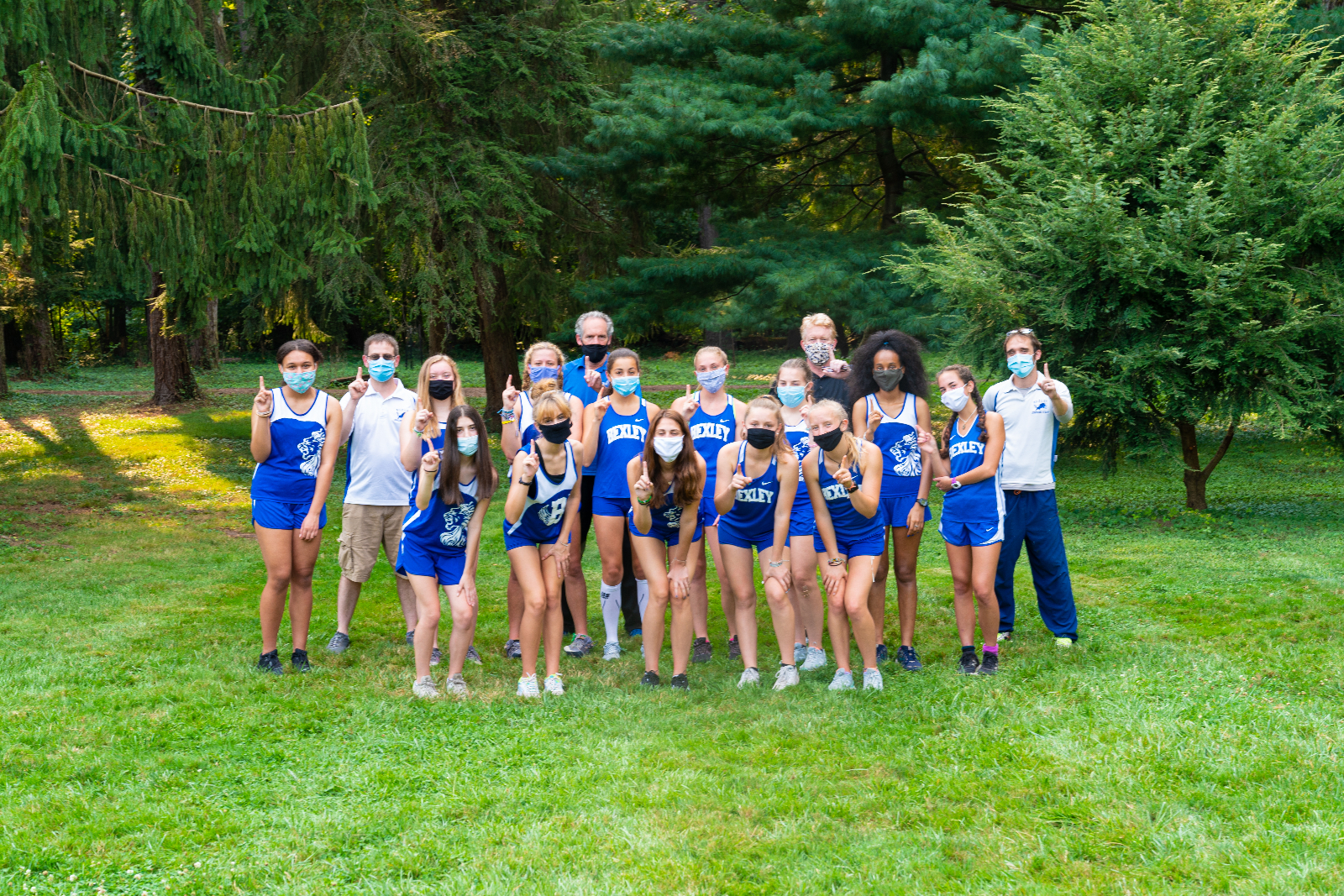 The Bexley Lions Girls and Boys Cross Country teams both ran in the Division II District Meet this past Saturday at Hilliard Darby. The Lady Lions took home first place and the Boys finished second overall.

The Lady Lions were led by Claire MacDonald who ran a 19:24 to place 2nd overall individually. Not far behind MacDonald was Maria Steinke crossing the finish line 4th overall with a time of 19:43. Karleigh Place ran a time of 20:06 which was good enough for 10th place. Rylee Barno and Hannah Hayden finished the race together with a time of 20:23 which earned them 12th and 13th place. Alexandra Grieshop and Lily Keller also ran for the Lions placing 20th and 21st respectively.

Both teams will race in the DII Regional Meet this Saturday at Pickerington North High School.