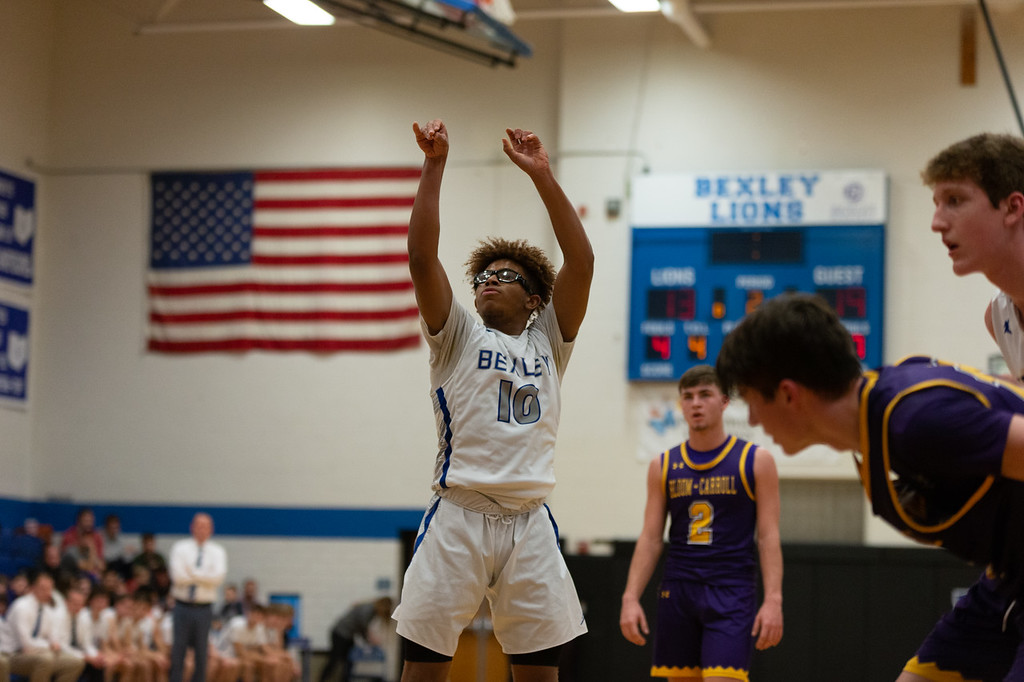 BEXLEY, Ohio – Down four-points in the final minute of the matchup against nonleague opponent Hamilton Township, the Lions Boys Basketball team locked in to earn their fourth win of the season.

Senior guard Damian Davis, who ranks in the top 20 overall in area scoring leaders averaging 18 points per game, was held to just eight of the Lions 13 first half points in the low scoring affair. The Lions responded with a 35-point second half, Davis with 18 of his own including a clutch 3-point basket with 22 seconds remaining to cut the lead to one.

Coach Phillips called a timeout after the made three to draw up a beautifully executed backcourt trap that garnered a steal by Davis. With ten seconds left, Davis drove the ball to the rim and missed a contested layup, but senior big man Bryan Williams was in the right place at the right time for the put back bucket giving the Lions a one-point edge.

The clock ran out giving the Bexley’s Boys their fourth victory of the season over a 7-10 Hamilton Township team. Davis was the Lions leading scorer on the night shooting 9-14 from the field and 5-5 from the free throw line, finishing with 25 points, 4 assists and 4 rebounds.

Coach Phillips said of his guys after the game, “Tonight was a huge win for us at a much needed time in the season. We knew if we fought and played hard the entire 32 minutes good things would happen, and our Seniors Damian and Bryan both stepped up and made big plays down the stretch to help complete the comeback.”

The Lions Boys team enters the final five-game stretch of the season with four conference games and one nonleague game. With all but one game on the road, Coach Phillips squad looks to finish strong in front of the Bexley faithful heading into tournament time.

You can catch the Lions next home game this Friday, Jan. 31 against the Worthington Christian Warriors at 7:30 p.m.