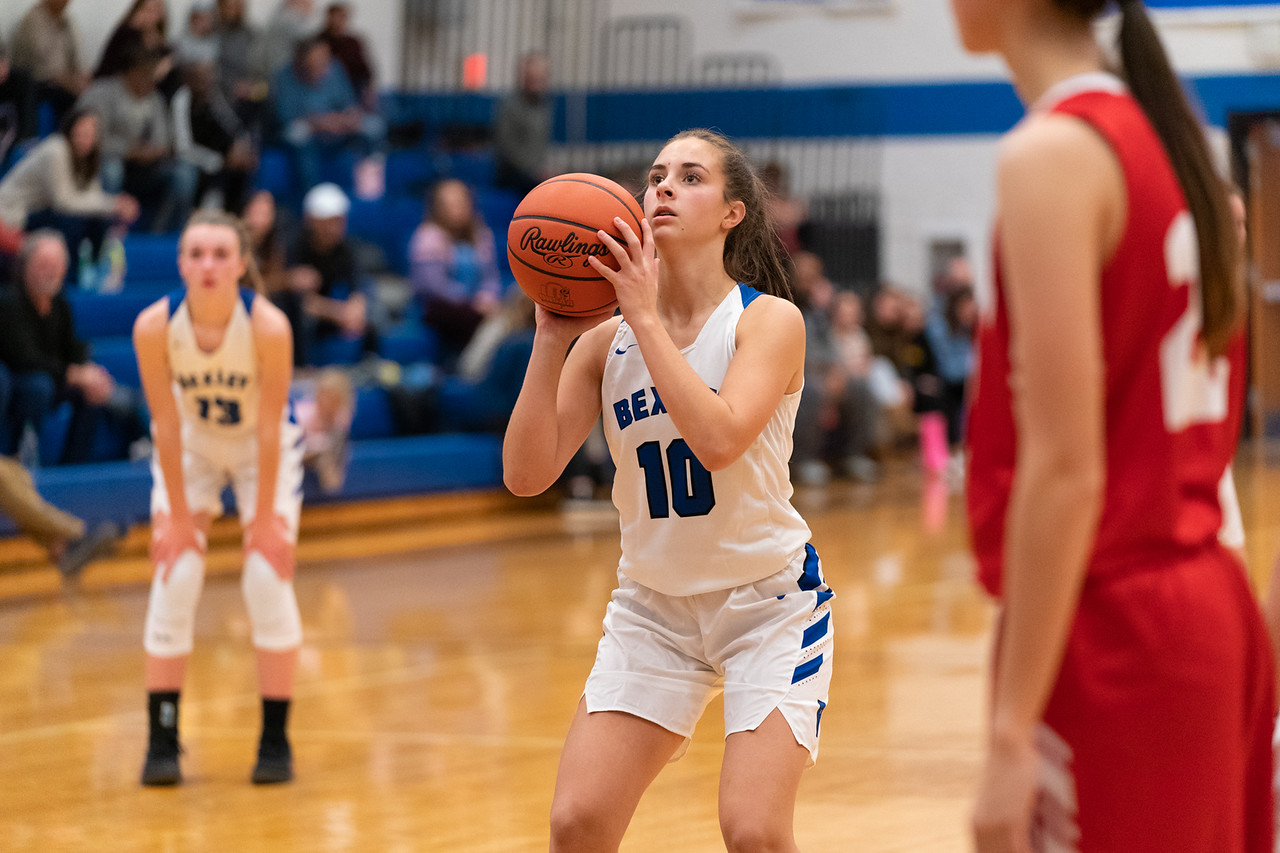 The Lions jumped out to an early 7-3 lead thanks to a 3-pointer from Junior co-captain Aly Cox, and layups from Freshman Sofia Sheridan and Sydnie Smith. In the second quarter the Lady Lions laid out a stellar defensive effort only allowing the Vikings one point going into the half up 15-8.

Sheridan sparked the Lions in the opening minutes of the third quarter with a personal 6-0 run that expanded the Lions lead to 21-8. The Vikings tried to rally late in the fourth quarter but Junior Maddy Young and Sophomore Grace Heilman delivered the final scoring sequence at the free throw line to secure the victory.

When asked his thoughts following the game, Head Coach Bryce Baugh shared the following, “We knew coming into the game (Columbus Academy) relied heavily on two players to do most of their scoring and our girls did a great job on the defensive end of the floor limiting good looks for those players. Sofia’s spark at the start of the third quarter was a huge boost for us and the rest of the girls fed off of that. It’s always great to take care of business at home against a league rival like Columbus Academy.”

Last night’s win improved the Girls team’s record to 5-8 on the year and 4-3 in MSL-Ohio league play.

The Lady Lions are back in action this Saturday evening with a road matchup against the Worthington Christian Lady Warriors at 7pm.